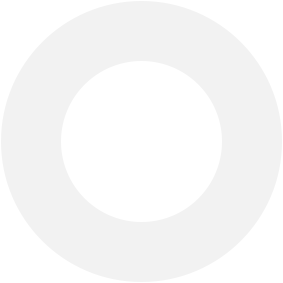 Hello there! We’re glad to have you on board with the Woo Community. Woo is a premium and swift dating app. With every good thing, come some terms and conditions and the same applies to our platform. We have created the Woo dating app to help users connect, network, and make connections respectfully and the same is expected out of all users. At Woo, we value opinions and comments given that they don’t offend others. Every user is equally important to us and we wish to create a safe space for all parties involved.

We expect all users to consider each other’s comfort before making any comment or remark. Users are also advised to abide by our guidelines at all times. In order to make it clearer for our community, we’ve listed some policies that must be followed diligently. In case a user refuses to abide by them, they would be banned from dating on Woo. In addition to this, users are also encouraged to report inappropriate behavior whenever they come across any such message or profile. Using the Woo dating app should be a pleasant experience for everyone and your proactive step in making the community safer would help us provide such an experience to all our members.

We expect our users to behave in a civilized manner at all times. One is not asked to talk with the fanciest vocabulary possible but basic decency should be maintained everywhere. From inbox to profile bios, we advise our users to keep a stringent check on their conduct and avoid adding any sexually explicit words or phrases. Woo is meant for all people and it is a public forum. Users are requested and recommended to take care of their online behavior or they would run a chance of being banned.

Any Kind of Harassment

If any user is found guilty of abusing, targeting, or harassing a user or community on the Woo dating app, they’d be immediately banned and action would be taken against the individual. Sending unsolicited and profane content to the people one matches with, encouraging other profiles to do any kind of bullying targeted at a user/community, stalking or intimidating someone are some of the things that we do not condone. Users should kindly refrain from taking any such step and immediately report if someone does any of these things against them or asks them to engage in such behavior.

Violence or Coercion of Any Kind

Dating is a sensitive topic and Woo understands that. This is why we have a zero-tolerance policy against content that promotes violence, gore, or coercion on the Woo dating app. Threatening someone with the intent of causing harm, intimidating a community/user with violence, or promoting terrorism is strictly prohibited. Forcing someone to talk to oneself or any other acts of coercion are taken seriously and would result in the perpetrator’s account suspension.

In addition to this, any content promoting self-harm or suicide is also prohibited. Woo would like to request its users to tackle these issues with sensitivity and reach out for help in case any user is talking about harming themselves or promoting self-harm.

Woo is dedicated to helping people find their ideal dating partner and we promote love! Any remark/comment/visual/audio/video that goes against our vision is taken as an offense. Users are advised to not discriminate or post discriminatory content that supports hatred between communities or individuals, racism, bigotry, religious bias, ableism, ageism, bias against a particular nation or profession. Users are also advised to refrain from disrespecting anyone’s sexual or gender identity, preferred pronouns, or any other markers of self-identification.

Respecting people and finding one’s true match is what Woo is all about. Spread love and cheer, not hatred or fear!

As mentioned above, Woo is meant for dating and giving romance a chance. Users are advised to keep sensitive information like passport, passwords, phone numbers, email addresses, and work/home information private. Putting these details on the Woo dating app can result in misuse and that would compromise a user’s privacy.

One is also recommended to avoid disclosing other user’s or person’s private information on the Woo dating app as this would land them in trouble.

Creating fake accounts with an intent to generate traffic for external websites is inappropriate in our eyes. Woo is thoroughly dedicated to genuine connections and dating, and these things have no place on such a platform. Similarly, trying to obtain sensitive information of any other user through coercion would result in strict action taken against the perpetrator. Any account that forces other users to send it money online through wallets, UPI, or via net banking will be treated as a scam account resulting in suspension and banning.

At Woo, users are encouraged to be their genuine selves and attract true matches. Pretending to be someone else is a grave error in our eyes and qualifies as identity theft. This is also valid for accounts that claim to be affiliated with certain premium brands. Our policy is the same for parody accounts or the accounts that pretend to be related to popular figures but aren’t. While we can believe that one is a fan of Shah Rukh Khan, it is impossible for the real actor to make an account with us or have his relative flaunt this association in their profile bios.

Our recommendation – be yourself and let your true match find you on the Woo dating app rather than pretending to be someone else.

Woo is a dating app. For professional exposure and promotion, please choose other applications. If any account is found to be guilty of soliciting others to attend events, follow links, or donate to some campaign, we would delete that account. Woo is not meant for promoting one’s business and should only be used to make genuine plans with one’s matches. If an account is always engaged in self-promotion in one way or another, we might have to delete the same under our policy.

Woo’s dating algorithm is made for eligible singles to find their compatible matches. This is not a platform for offering sexual services, promoting human trafficking, or coercing other users into paying for any sexual acts. These kinds of acts are sternly prohibited on Woo and the accounts engaged in them will bear the consequence of being permanently deleted from the platform. This space is meant to feel safe for women and men alike. Users are advised to keep away from asking or providing any sexual or inappropriate services in exchange for money or otherwise.

People Under the Age of 18

Woo is not a place for underage people and this includes anyone below the age of 18. This is a dating platform and adults are expected to practice caution whenever they post any picture with their relatives/children. Posting a picture of an unaccompanied child in any scenario whether it’s sexual or otherwise, is a grave offense and will result in immediate deletion of one’s account when reported. Users are also requested to report any account that posts such content or shows minors in harmful situations.

Using a picture/audio/video or any other type of trademarked content is prohibited on the Woo dating app. If an account is not legally authorized to use copyrighted or trademarked content then they shouldn’t engage in displaying the same. Users should exercise discretion when choosing their cover images and other publicly visible content.

Similarly, any activity or behavior that is illegal in the real world is treated the same in the virtual world. Woo is thoroughly dedicated to safe dating and wouldn’t condone predatory or harmful actions by any profile.

Woo’s algorithm screens a user’s Facebook profile to gather relevant information and suggest compatible matches. Any user who makes multiple accounts through Facebook or otherwise would be considered in opposition to our policy which will result in suspension. Additionally, people are discouraged to make joint-accounts with their partners or best friends as dating is a personal process. Kindly keep your best (and real) foot forward.

Any account that claims to provide premium membership of the Woo dating app would be considered fraud as we do not provide any such offers. Our premium features are never offered for free and users should steer clear from any such accounts, and report them to us as this has the potential to cause harm.

Users are encouraged to use Woo in whatever way they love! Plan dates with your potential matches and talk about common interests whenever you want. However, an account that stays inactive for up to 2 years will be subjected to deletion due to inactivity. Use the Woo dating app in your own way but make sure to use it once in a while!

Additional note:
Woo has the legal right to end a premium account without initiating refunds for any subscriptions or purchases if the said account violates our Community Guidelines, Safety, Terms of Use, or Privacy Policy. This also applies to the accounts that use our platform to initiate such conversations to cause harm to the other users or their communities.